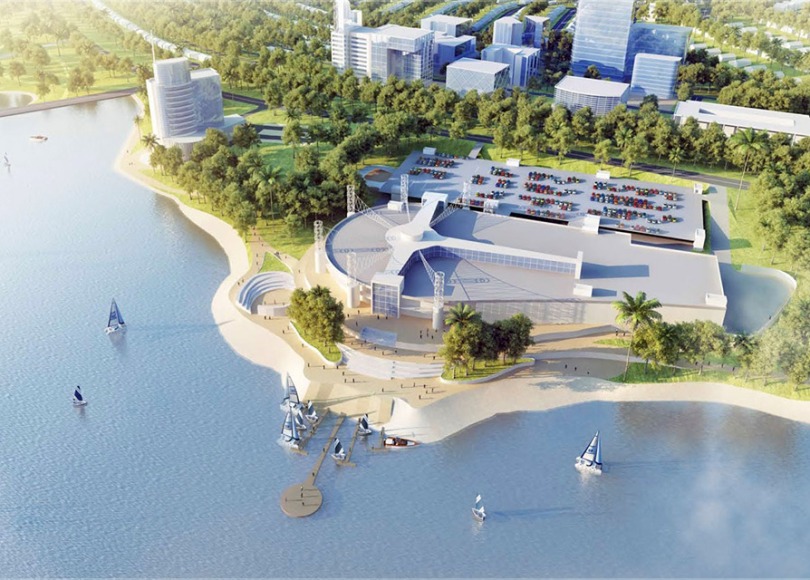 By the turn of this century Africans will constitute 40% of the world’s population. At approximately 1.3 billion people Africa’s population is presently lower than that of China. Over the next 80 years that will change in an incredibly massive way. Whilst this transformation happens, something else equally impressive will be taking place; Africa will be urbanising at unprecedented levels. Almost 20% of the world’s urban population will end up living in African cities; that is some 2.5 billion people. Whats more, at that point in history, Africa’s total urban population is likely to only be 60% of its population versus ~86% in the U.S. today. I believe it’s urbanisation and population growth story will likely persist into the 22nd century; with population growth beginning to slow as Africa becomes more affluent, but with urbanisation likely continuing to be fairly rapid. In many ways the story of Africa over the next two centuries will be one of existing cities growing into mega-cities on the one hand, and completely new cities being built from scratch on the other. Lagos is expected to grow into a city of ~100 million by 2100, up from ~20 million today. Lusaka, where I live, may grow into a city of >30 million by 2100 up from ~3 million today. In both cases I’m doubtful that municipal or central governments will be able to finance the infrastructure rollout required to make such growth in populations sustainable. Financing the growth & the existing deficits at the same time would prove to be an insurmountable challenge. Rather I believe that the private sector will be the means by which the growth of city populations in Africa will be made not only sustainable but rather—possible. The alternate reality will be urban sprawl that consists mostly of shanty cities. A future I believe most people in Africa would prefer not to see unfold.

Over the next few decades the world will increasingly see the emergence of a new form of capitalism; private governance as a service. As new and existing cities across Africa and Asia grow to levels unseen prior, public governance frameworks will be unable to sustainably manage the growth. The trend is already beginning to crystallise. There are several private city developments across Africa; Appolonia City in Ghana, Eko Atlantic in Nigeria, Nkwashi in Zambia, Waterfall City in South Africa and Tatu City in Kenya. These developments are largely seeking to establish themselves as solutions to infrastructure deficits in their domiciles. The other emergent trend within the context of African urbanism is the emergence of Chinese style special economic zones (SEZs) as vehicles for delivering economic diversification and growth. The results thus far have been mixed. However that shouldn’t be a reason for pessimism over the model. In general I believe that the challenge is that many of the existing projects have not taken comparative advantages of the host country into great consideration. Additionally they have not sought the sought of autonomy Shenzhen achieved when it was made an SEZ— which was a critical success factor. Those countries which have done so have generally seen greater success. Ethiopia is increasingly becoming such a case study. Mauritius in some ways can be considered a country level special economic zone. In the case of Ethiopia, comparative advantage is certainly a driving factor in its indicative success at executing the model; in the case of Mauritius; governance and the effective use of liberal economic and political institutions is clearly the foundation of its success. Mauritius is clearly utilising the playbook established by another island nation, Singapore. I believe that there is a lot to learn from the experiences of these two African countries, and more generally the case of Singapore. Namely, utilising existing comparative advantages; and creating new ones—including the all important governance frameworks that inspire investor confidence.

As a co-founder of a city development company, these concepts are of great importance to my partners and I. We’ve crystallised these into two alternate views that summarise what African cities may look like in the future; either most cities will look like Lagos does today, or they will look like Singapore. The reality is that we expect them to look like both. Lagos is a reference point for us because it is a mega city (20 million people) but faces significant infrastructure challenges; Singapore is a reference because it represents what is possible with grit and a solid strategy to develop new economies. Given our world view, which is that the private sector is likely to be the key driver in city development over the next 80+ years. We believe that over time, private actors must aspire to develop Singapore-type cities across the continent. We believe that these “charter cities” will be special economic zones with partial autonomy to enact governance frameworks that are best suited to attracting private capital and labour to their jurisdictions. These cities will provide their residents (households and businesses) with private governance and public goods as a  for profit service. Further, they will likely compete against each other for both investment and labour, likely leading to positive outcomes for those two groups of actors; and positive externalities for their host countries; linkages to supply chains, increase in demand & services; upward movement in real incomes, etc. The emergence of these cities will also create fiscal space for governments to improve coverage of public goods and services to the most vulnerable people in society.

I’m optimistic that overall the emergence of charter cities in Africa will be a net positive. However, there will be negative outcomes too. Initially business models such as these will likely exclude low income households, largely due to perceived risk. As such, these cities may be perceived as enclaves for the comparatively affluent. However, their net positive impact on the economies of their host countries is likely to raise incomes over time; and therefore reduce risk. This will likely allow for broader coverage of their services to broader groups of income bands. This risk factor is largely a consequence of access to capital for the developers themselves. Raising capital to build a city is an extremely difficult endeavour. This is broadly the equivalent of raising capital to invest in computing in the late 60’s. For some in the industry the trend towards ubiquitous computing was self evident, but it took time for the investment community to see this as a viable investment destination. That is generally the case at the moment. The most ambitious city development projects are largely funded by governments, again like computing in the 50’s and 60’s. We believe this will change in the coming years. The reason is quite simple, governments have the best business models in the world; essentially they have a call option on a portion of all income generated by households and businesses in their jurisdiction. In geographies where private actors can provide subordinated private governance, the business case for it is simple; a call option on a portion of all income generated by entities that reside in their jurisdiction—into perpetuity. To put this into perspective, assuming Africa achieves a firmly middle income GDP per capita of $10,000 by 2100, and 60% of this is generated by cities in the continent; if private cities constituted just 10% of the city populations and productivity in the continent—that would represent US$3 trillion in potential GDP hosted by these cities—not adjusting for future growth into perpetuity. Given the extent of the infrastructure deficits in Africa, we believe that ultimately the total share of population serviced by private actors is likely to be in excess of 40% (>US$12 trillion in potential GDP or >1 billion people by 2100).

The development of new cities comes with opportunities generally not present in most places in the world. These include leveraging new technologies to enhance the welfare of residents; this includes everything from using blockchain and smart contracts to make purchase of property more transparent, cheaper and faster, to employing emergent technologies like shared transportation via autonomous cars, the use of tokenisation to broaden access to capital and democratise the ownership of cash flow generating real assets like utilities, or the cities themselves; use of blockchain across all transactions to enable meta-data relating to transactions to enhance customer-vendor relationships and automate elements of governance. All of which is harder to execute in existing cities. We believe the role of technology in new city development in Africa may result in new interest in Africa as a destination of technology investment; largely as a consequence of enabling emergent business models in the crypto/blockchain space to be used at scale in real world environments.

My partners and I believe these opportunities to be materially significant. Which is why we are working towards developing a network of cities across the continent. Our first city, Nkwashi, is presently under development in Zambia. We intend to build several more across the continent over the coming decades. Ultimately with the goal of providing millions of people with private governance as a service. This certainly isn’t easy, but we believe it is worthwhile. We are excited  about this, we believe the rest of the world should too.

Mwiya Musokotwane is an Africa based city developer, and is Co-Founder at Frontier Capital Partners and Thebe Investment Management Limited